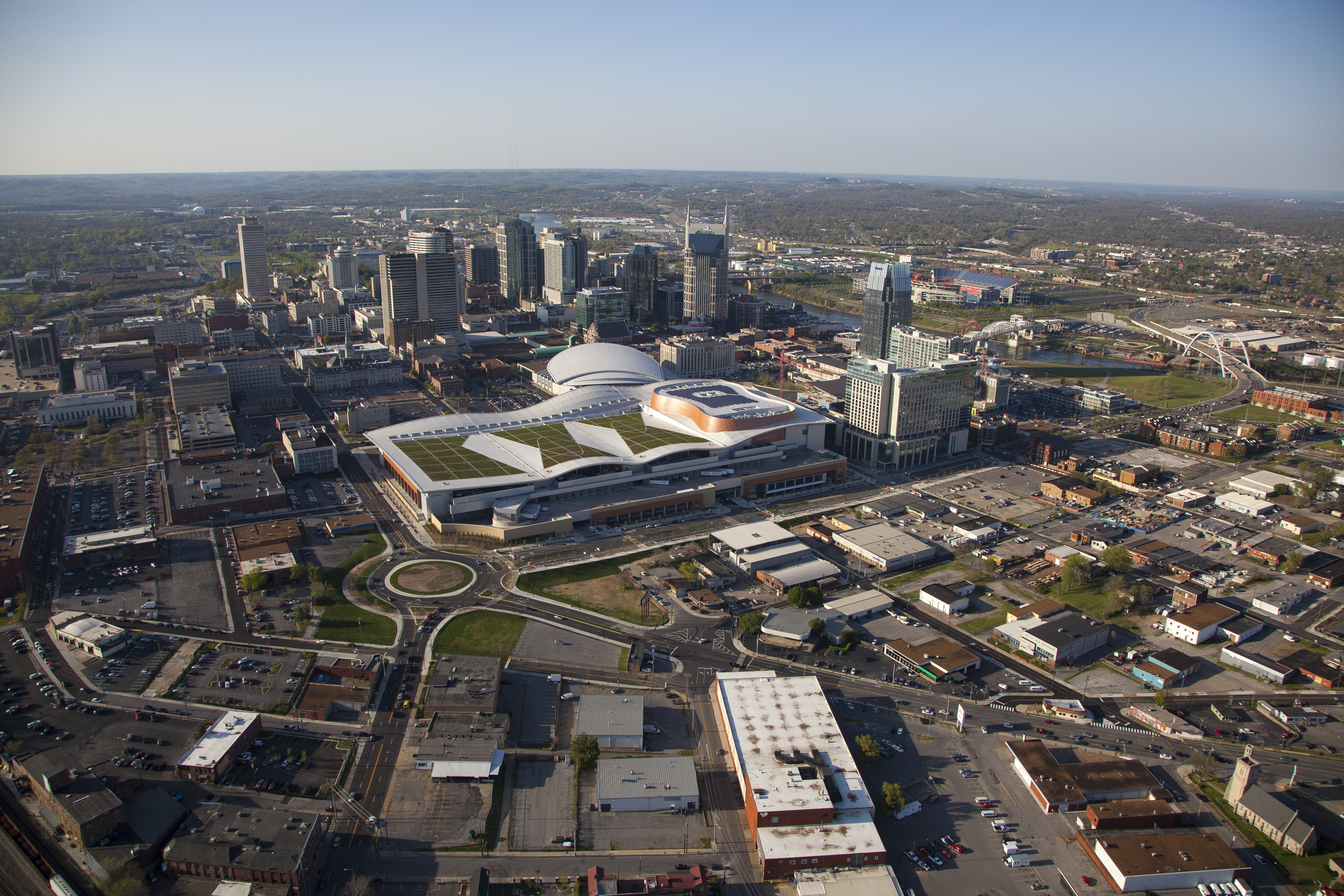 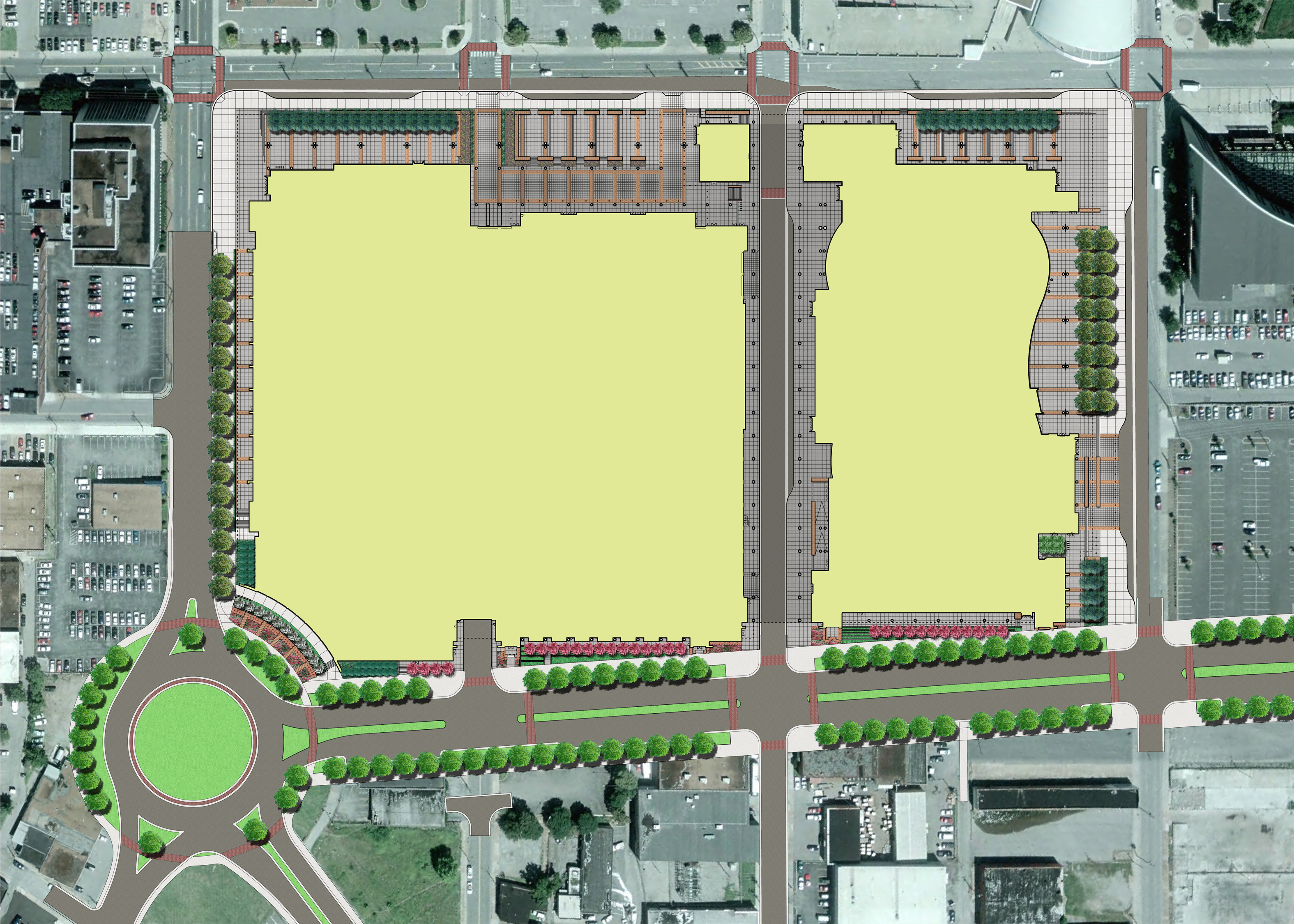 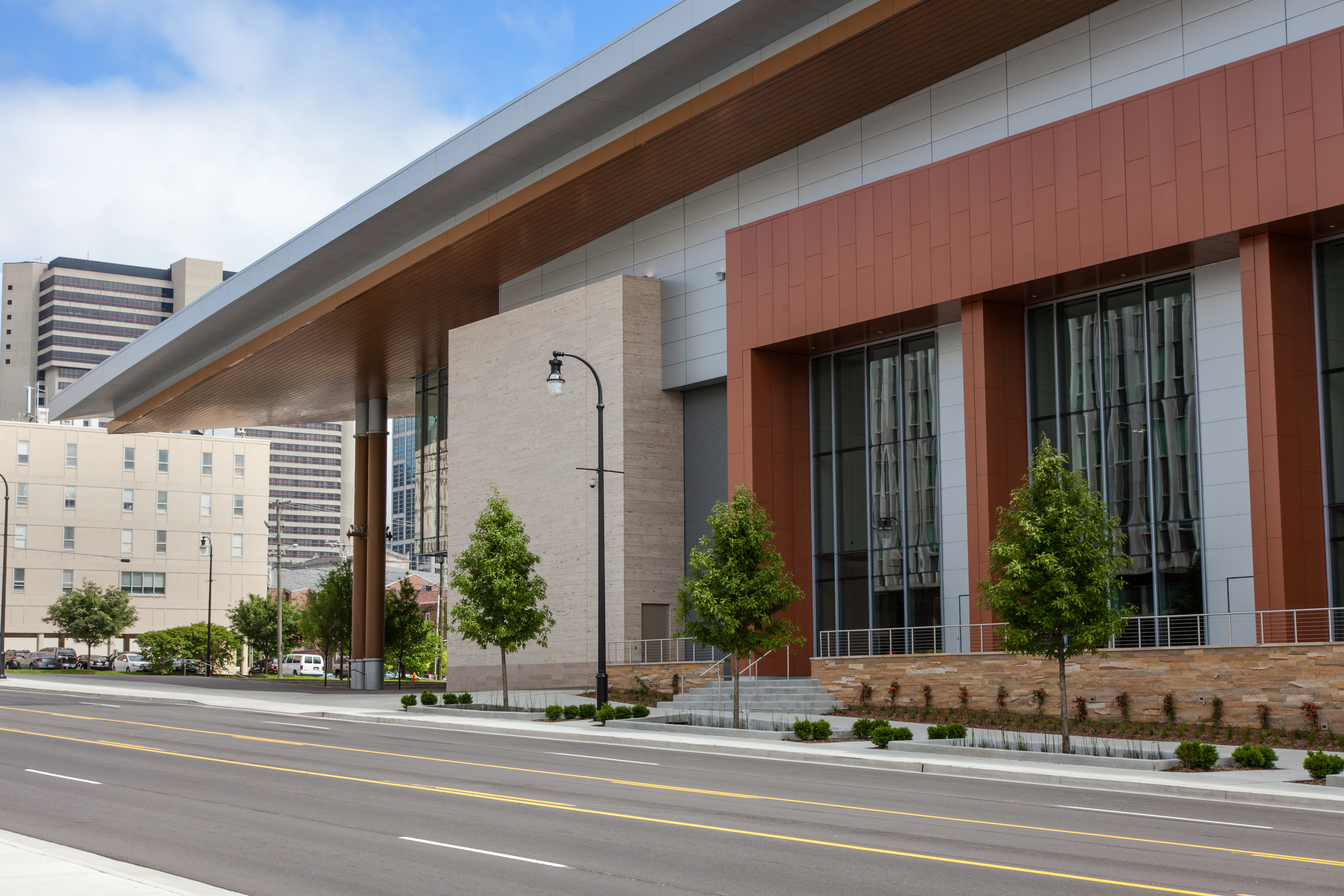 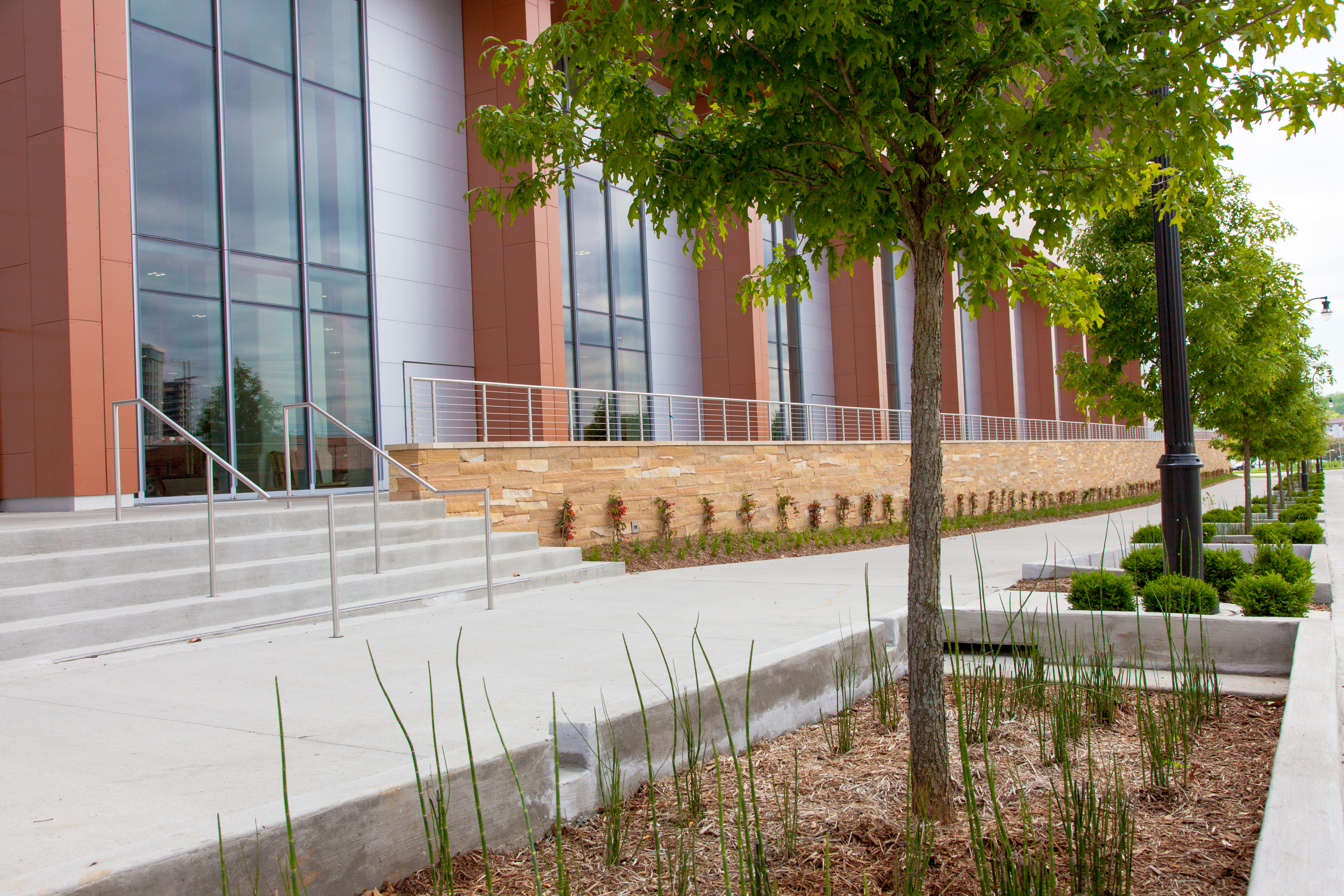 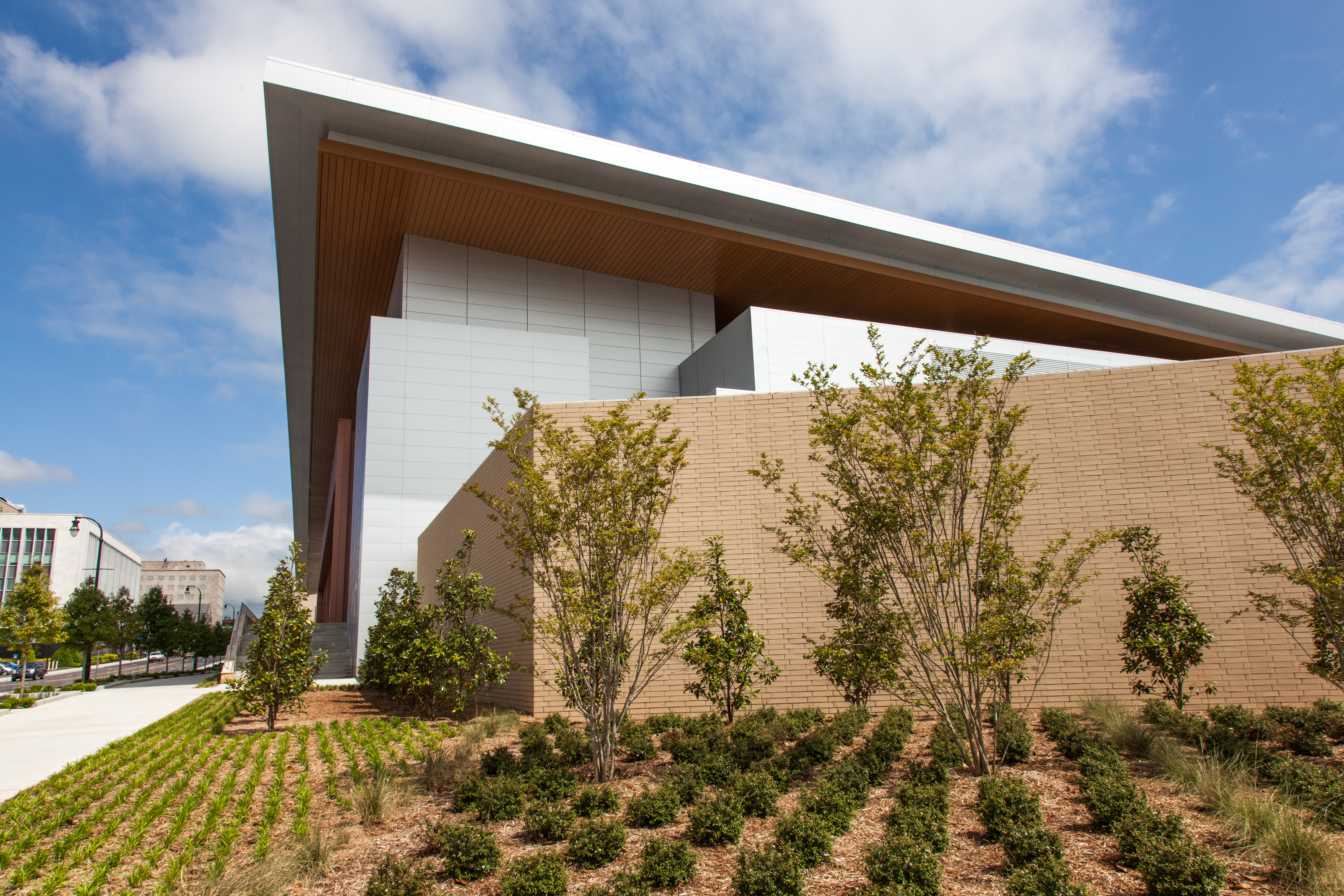 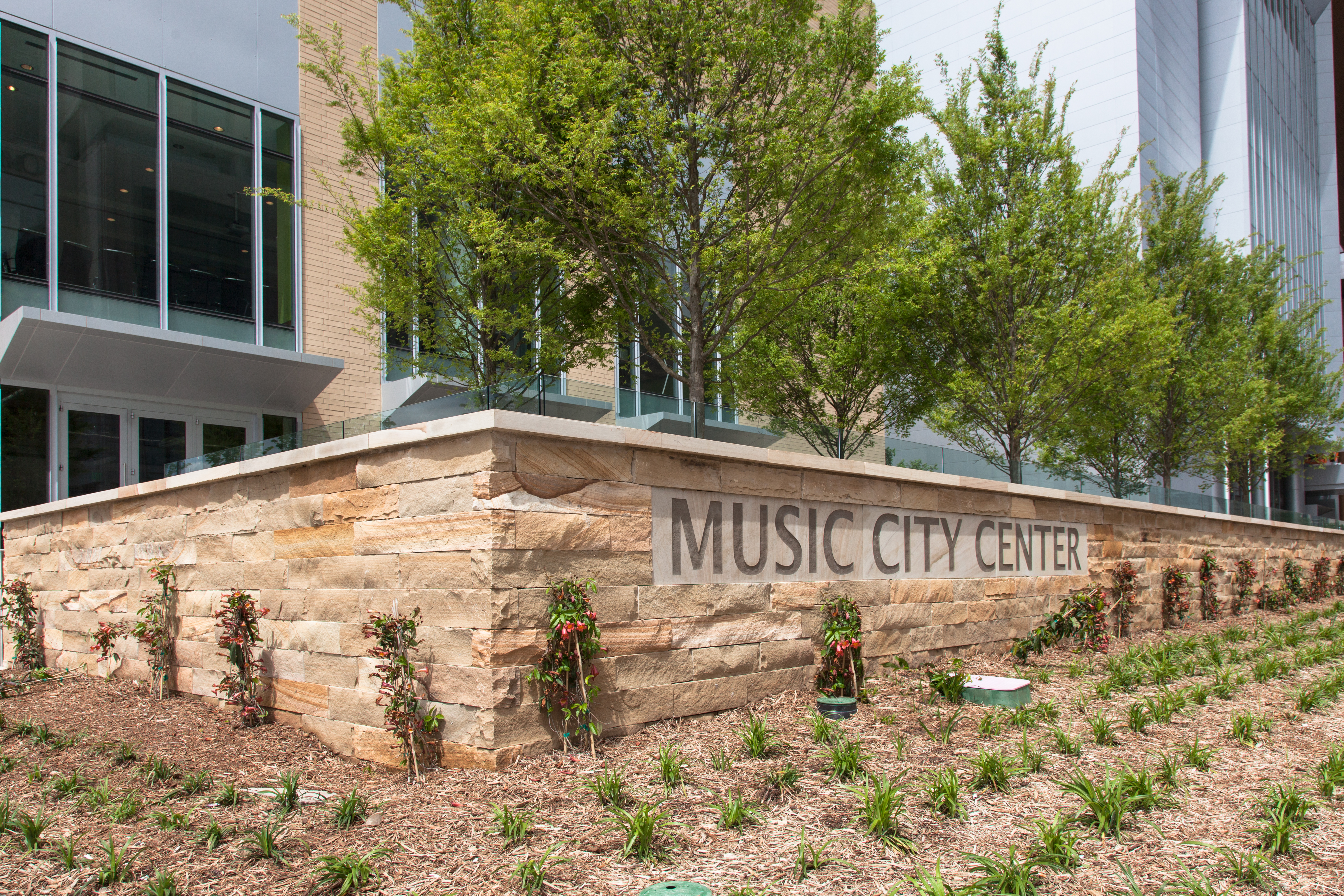 The Music City Center is Nashville’s largest convention hall, with over 1.2 million square feet of space, located on a 16-acre site that covers six city blocks. Barge Design Solutions served as the civil engineer and landscape architect on the design team for this world-class facility. The company provided surveying, site engineering, environmental services, and stormwater evaluations.

The first and greatest challenge of the project was site selection for the convention center. Barge Design Solutions was brought onto the team by Nashville’s Metropolitan Development and Housing Agency to prepare a report that outlined the pros and cons of each potential site. Once the site was selected, the team developed a plan that took into consideration the existing downtown street network, an electrical substation, and access to nearby Bridgestone Arena.

Barge Design Solutions prepared a traffic study for Nashville’s downtown grid and recommended that one of the streets that ran north-south through the chosen site (Sixth or Seventh Avenue) would need to remain open. After consulting with the design team, it was decided that Sixth Avenue would remain open and run under the convention center.

Due to a significant 60-foot grade on the site, Barge Design Solutions collaborated with other consultants to design a layout that placed the convention floor at the top of building and stacking meeting rooms and parking below the center. The company also worked with Nashville Electric Service to relocate the electrical substation from within the project footprint to an underground system. Arena access was maintained by creating a tunnel under the building and separating convention center traffic.

A long history working in downtown Nashville and a knowledge of the area made Barge Design Solutions a strong member of the design team. Previous work on Nissan Stadium illustrated the company’s ability to work on complex projects alongside large design teams.