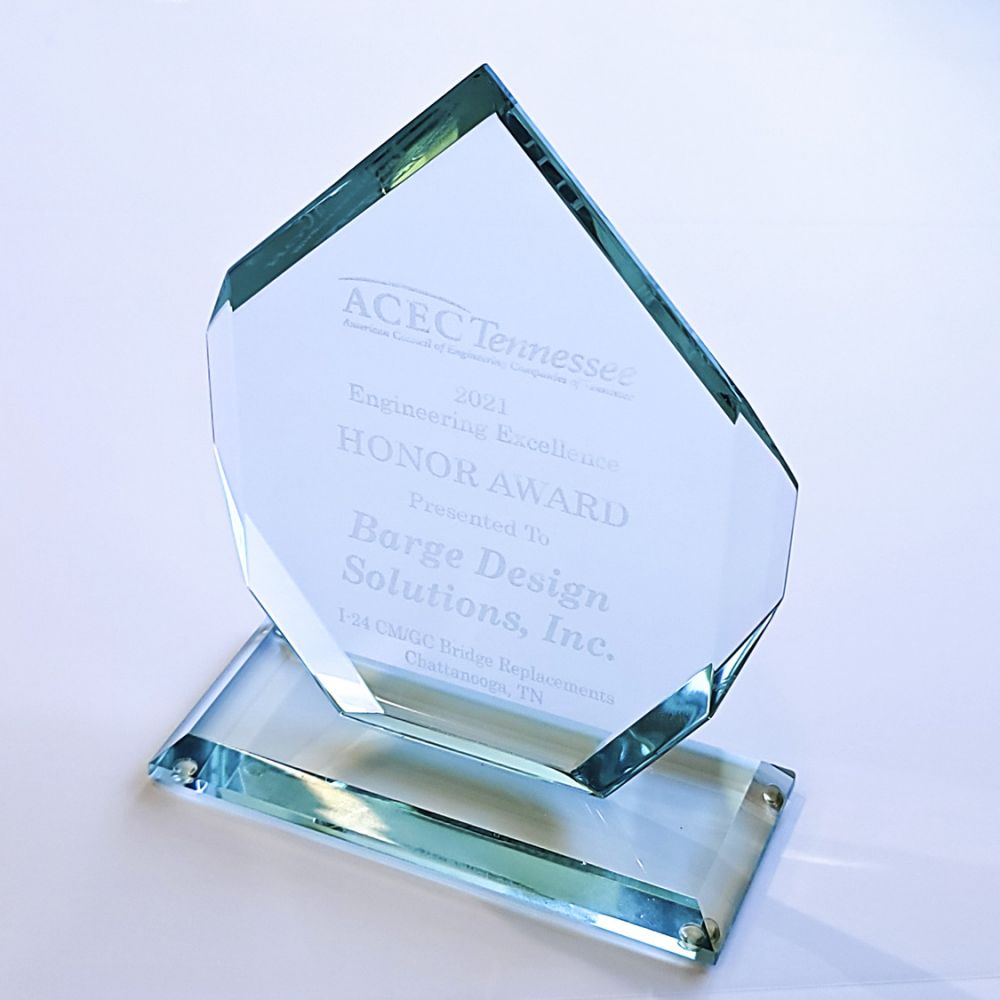 Barge’s CM/GC bridge replacement project along I-24 was recognized by the American Council of Engineering Companies of Tennessee during their Engineering Excellence Awards on Thursday, November 4, with an Honor Award in the “Structural Systems” category. We also took home the coveted People’s Choice award.

The Tennessee Department of Transportation (TDOT) and Barge Design Solutions, Inc. (Barge) replaced two aging bridges in Hamilton County, Tennessee in just 18 months by applying the CM/GC alternative delivery method and Accelerated Bridge Construction (ABC) techniques. Originally built in 1965, the I-24 bridge over S. Germantown Road and the Belvoir Avenue bridge over I-24 had visible structural deterioration and needed more capacity to keep up with traffic demands. TDOT data shows that traffic counts along this I-24 corridor had more than doubled in the last 40 years, reaching more than 100,000 vehicles per day with an expected increase of 4% per year. 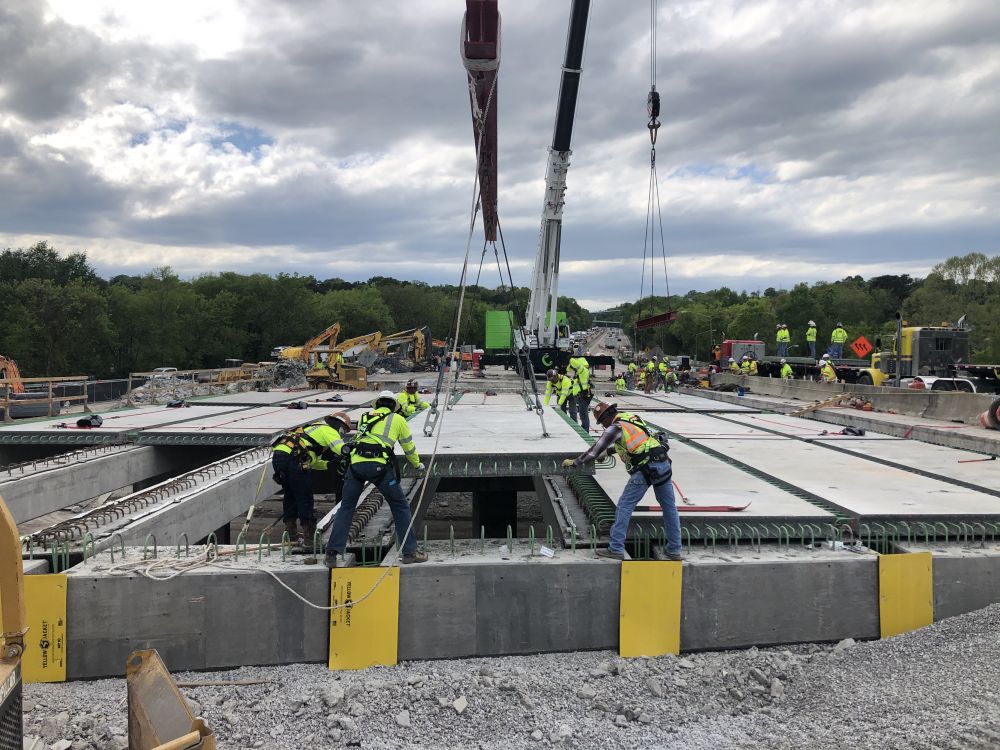 While the typical design/bid/build (DBB) process brings the construction manager (CM) onto the team post-design, the CM/GC process is intentionally collaborative and allows the CM to participate in the design phase. This points toward more accurate cost estimating, constructability assessments, and scheduling, which lessens change orders while minimizing risk and cost.

The design team enacted ABC methods to minimize traffic disruptions along the construction route and complete the project on a condensed schedule. This style of construction allows for multiple tasks to occur simultaneously, rather than sequentially with no overlap. The I-24 bridge over S. Germantown Road was the best candidate for ABC due to high traffic volume. However, the Belvoir Avenue bridge over I-24 had relatively low traffic demands, so it was replaced by traditional techniques.

By using ABC techniques, the team reduced daily lane closures from approximately 510 days to nine days and replaced the bridge superstructure in an accelerated window of only 58 hours. The deep foundation elements chosen for the S. Germantown Road bridge included new stem wall abutments bearing on 172 micropiles drilled to depths exceeding 160 feet. These were chosen due to their ability to resist compressive, uplift/tension and lateral loads even in complex geology like was found at this site during a geotechnical exploration (weak clayey soils, small boulders, and complete voids in the soil profile). Additionally, the micropiles were constructed under the existing bridge, requiring zero days of lane closure, and the expedited superstructure construction required only three weekend closures. A traditional construction process would have required an estimated 18 months of construction time, meaning continuous disruption in the form of lane closures in both directions of I-24 affecting over 100,000 vehicles per day. At an estimated user cost of $6,000 per lane per day and at least two lanes closed during each phase of construction, the team estimated a user cost savings of more than $6,000,000 from lane closure cost alone.

The I-24 CM/GC Bridge Replacements project is only the third of its kind in the State of Tennessee. Its success proves that the CM/GC process and ABC techniques are effective tools in the road and bridge construction toolbox. The alternative delivery method set the table for the project’s successful innovation by involving a contractor much earlier in the process than in the traditional DBB approach. Utilizing ABC techniques provided the most value for the client, the environment, and the community.

As our country’s transportation infrastructure ages, engineers and designers are challenged to find the most effective means for redesigning and reconstructing. Our communities depend on having these resources available for accessibility and mobility, requiring new levels of consideration for expediency, efficiency, and safety when it comes to construction on and around heavily traversed routes. The CM/GC alternative delivery method and ABC techniques have proven to be advantageous over traditional approaches, allowing for a more seamless process when design and construction meet, creatively condensing construction schedules while minimizing economic, social, and environmental impacts.

Barge is thrilled to be recognized by ACEC of TN with this award!