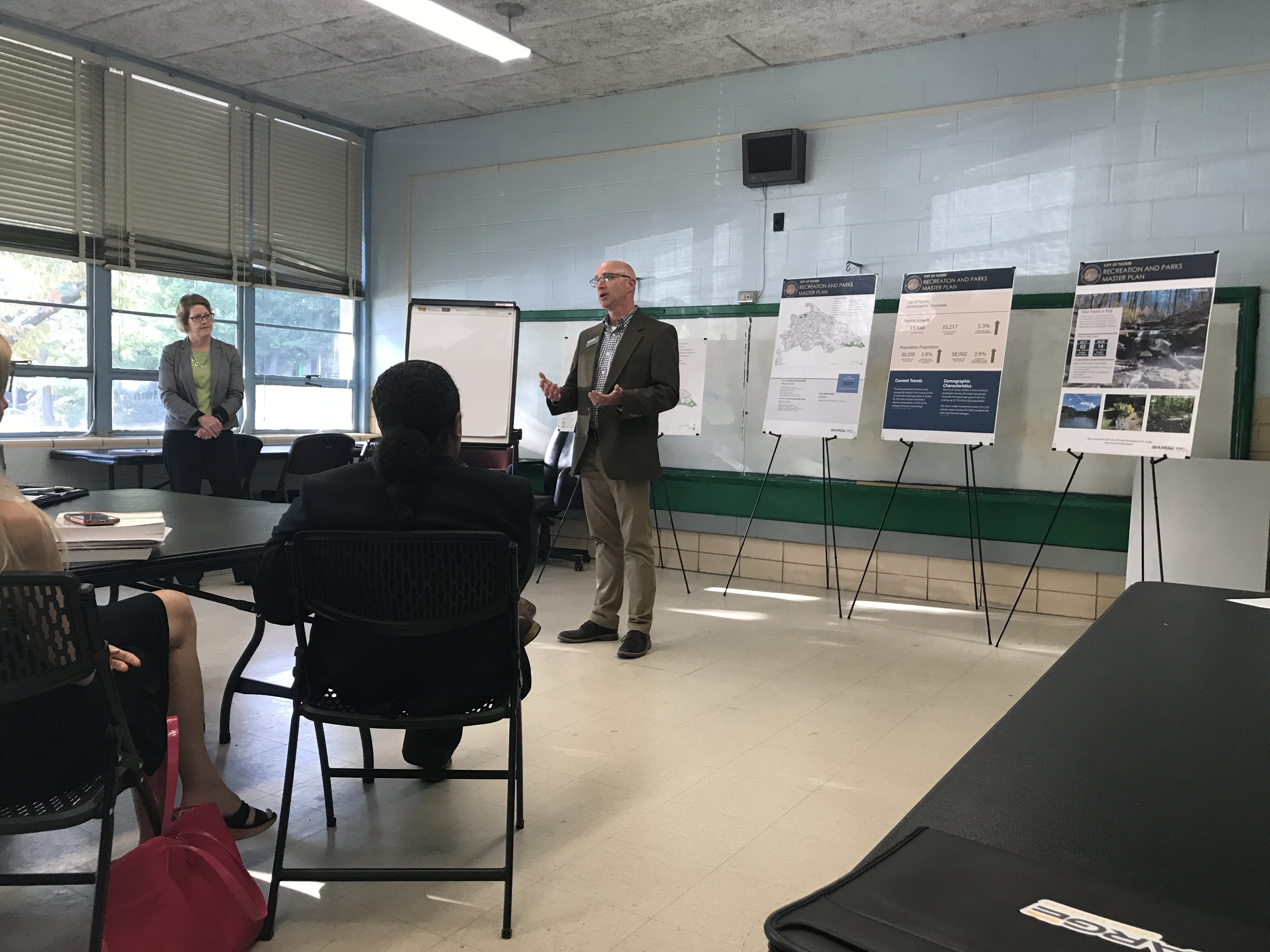 The Tucker community has a long history and rich cultural character, however, once the City incorporated in 2015 the task of creating a strong municipal identity became paramount. One of the ways the City began to strengthen their identity was by standardizing the parks and recreation system.

The Barge team, along with subconsultants PROS, and the E.T.C. Institute, were engaged to prepare the Tucker Recreation and Parks Master Plan. This plan creates a city-wide guide for the newly incorporated City of Tucker, aiding in the provision of high-quality recreation opportunities to residents over the next decade.

Tucker was fortunate to inherit an existing park system from the county. However, the design team learned during inventories of all city parks that this existing parkland lacked maintenance, as well as aesthetic and qualitative consistency. Additionally, while the acreage of the existing system was significant, availability for new parkland was limited. This meant that though they didn’t have to start from zero, they had to work within the confines of the system they inherited, creating unique challenges.

Following comprehensive inventories of the existing park system, the design team began hosting stakeholder and public engagement meetings and performed a statistically valid survey, both of which further explained the needs and desires of the Tucker community. It became evident through these processes that many Tucker residents were not aware of their existing parks and recreation options, and that the connectivity network to and between the City’s parks was lacking.

The design team compared the City’s existing parks and recreation conditions against national standards for similar communities to determine level of service and park recommendations. Recommendations were also based on resident feedback, garnered during the public meetings and in the survey responses. Data gathered through both processes revealed there was a shortage of Mini Parks, Neighborhood Parks, Community Parks, Sports Complexes, and Special Use Parks.

The resulting document is critical to the sensible stewardship and development of the City’s parks. The master plan identified undeveloped park land currently owned by the city as being appropriate for Mini Parks, Neighborhood Parks, and Community Parks. Furthermore, in addition to specific requests such as city trail networks connecting neighborhoods to parks, the master plan includes recommendations on maintenance, programming, park facility improvements, and funding recommendations.