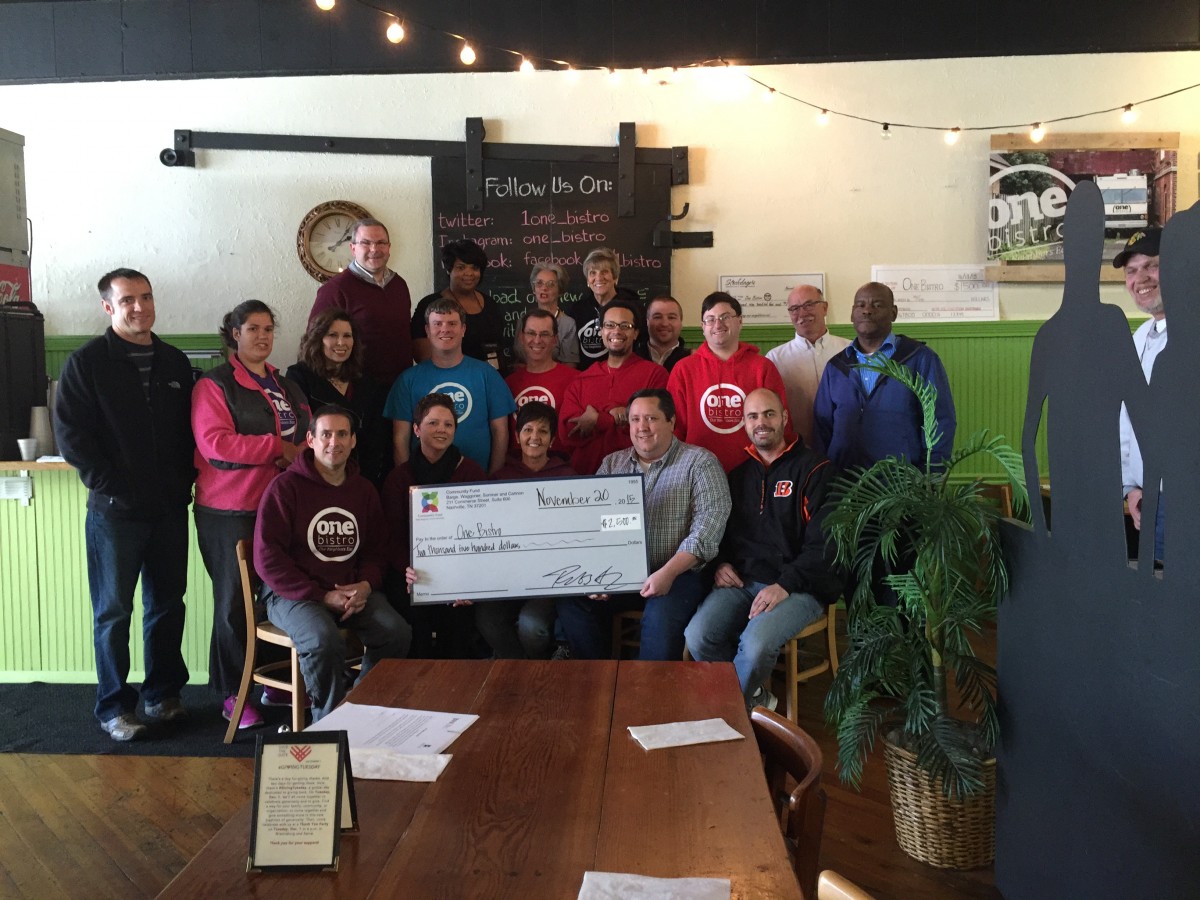 One Bistro calls itself a Biznistry®, a restaurant that exists to support its ministry of bringing the community together, serving those who can pay and who cannot. Throughout the week, One Bistro provides affordable meals with a “pay what you can afford” approach. Those who cannot afford to pay are encouraged to volunteer their time at the organization, and individuals who can afford their meal have opportunity to pay more than the suggested price to “pay it forward” to others.

On Wednesday nights, One Bistro hosts a free Community Meal for everyone in the community. Barge Design Solution employees have volunteered at the events, giving their time as servers and dishwashers. Glotfelter says, “People can come in for a good meal and feel welcome at a place where they give more than just food. They truly support the community and we are proud to be a part of that support.”

It’s been a great opportunity for the Dayton office to grow together as a team and get involved in the community. Glotfelter also believes this has increased overall community involvement throughout the office, explaining, “It’s been a ripple effect. As we started to get involved with One Bistro, we found that we also wanted to support other organizations in our communities.”

A past Barge Design Solutions Community Fund recipient, One Bistro has also partnered with the company to renovate a space in a nearby community to build a similar concept there.