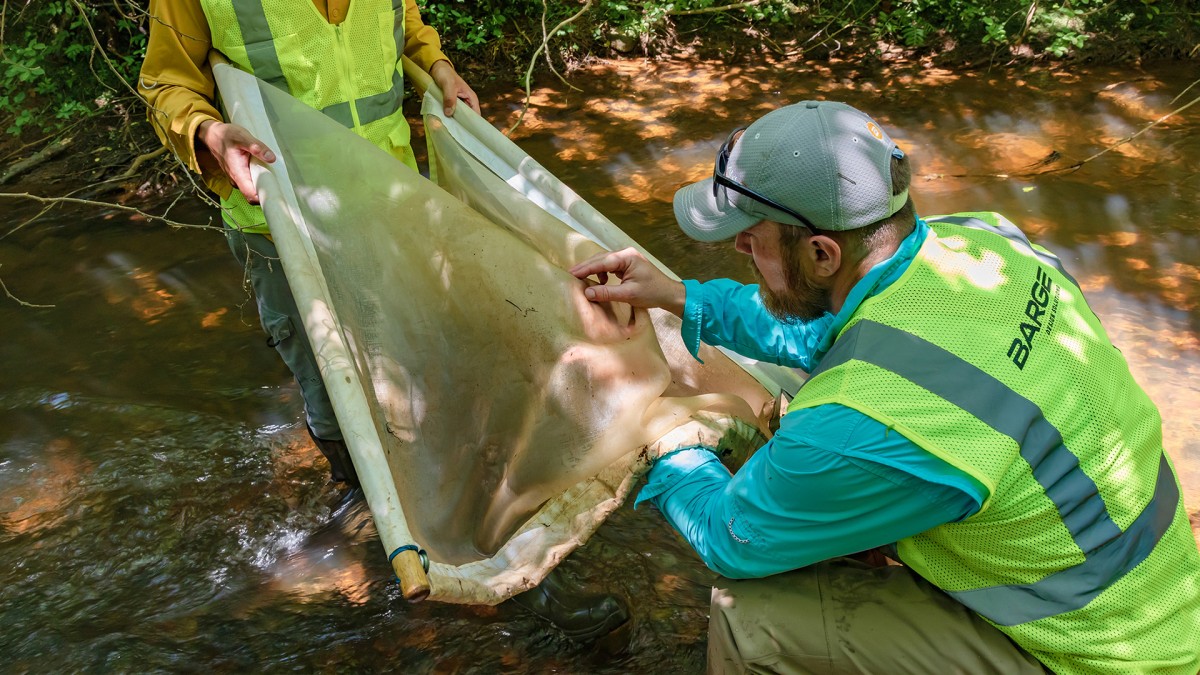 Nearly 20 years after launching the reclamation of the Copper Basin in southeast Tennessee, our team and clients received the Grand Conceptor Award from ACEC National – dubbing this project the top engineering achievement of the year.

The recognition was announced at ACEC National’s Annual Gala on the afternoon of Tuesday, December 1st. This award comes after having received two additional awards, Best in the Environmental Category and the Grand Iris, from ACEC of Tennessee in November 2019.

Once a land so impacted by legacy mining operations that it was visible from space, the Copper Basin in southeast Tennessee is now a lush landscape with improved water quality and biodiversity, thanks to the efforts of Barge and our client, Houston-based Glenn Springs Holdings (GSH), USEPA Region 4, and the Tennessee Department of Environment and Conservation.

The nearly 20-year project is correcting the effects from 150 years of mining from numerous companies. The Copper Basin, which is located 45 miles east of Chattanooga, is the site of a massive sulfide deposit with concentrated metals forming sulfur compounds. Mining began in the 1850s and, as a consequence of mining and logging methods, virtually all vegetation in the area was eradicated by the early 1890s. Nevertheless, mining would continue for nearly a century, ultimately shutting down in 1987. Due to the size and complexity of the environmental issues, the site was identified as an EPA Mining Megasite – the largest of its kind in the eastern United States.

In 2001, GSH in conjunction with the Tennessee Department of Environment and Conservation and USEPA Region 4, initiated reclamation of the site. GSH enlisted Barge in the process as its prime consultant.

The combined project team implemented an innovative adaptive management approach for the project, which allowed it to quickly transition to remedial actions with focused assessment. The project team focused on the use of surface water, storm water and biologic monitoring to measure success and identify additional cleanup actions, if needed. These efforts included passive treatment, ecological restoration, active treatment, waste removals, engineered caps and revegetation. Utilizing our environmental team of geologists, hydrologists, biologists, engineers and technicians, Barge has developed and implemented over 100 work plans for assessment, remediation and monitoring to help restore Copper Basin.

“The Copper Basin Project has been a monumental success story based on the coordinated efforts of the TDEC, the EPA, Barge and Glenn Springs Holdings, all working together toward common goals,” said Carrie Stokes, senior vice president and Director of Site Solutions at Barge. “It’s been an amazing experience seeing the results of nearly 20 years of hard work. The teamwork demonstrated by this project serves as a model of success and we are honored to be a part of such an impactful project.”

North Potato Creek and the Ocoee River have seen tremendous change throughout the process. The river, once orange and nearly devoid of aquatic species, is now vibrant with a variety of fish communities. It is a popular spot for white water rafting and fishing, with water quality and aquatic diversity that have not been seen in over 100 years. The project team efforts have greatly improved quality of life factors for area residents and visitors from around the world who come to enjoy local recreational opportunities.